They make life a lot easier. In fact, if I can find a tool that can help me do something faster, I use it. I am not one to place such a high value on my efforts, that I can't see a great way to make my life easier, and then not use it. Tools are great, and make our life better.

But I will tell you something. I am tired of software tools marketing themselves as "no code". Not because I dislike the tools, but because along with this marketing scheme come a couple larger lies.

This website is built and hosted on Webflow. It is one such company that has chosen to market itself as "no code".

I love Webflow. It is a tool that has helped me bring websites to market faster, with customizations that are entirely my own, not something I hacked together. It is also a great cms and they take out so many of the complexities of hosting a website, making it cheaper and faster than other setups. What is not to love about that?

The no-code movement is real. In fact it is a wonderful thing for entrepreneurs and makers, like myself. I love the pure amount of tools coming out that are making it so much easier to build without writing code. It is awesome.

The problem is that the no-code movement is unintentionally telling a couple lies along with their truth.

"You can build great software products entirely without learning any software development fundamentals".

That is one of the lies.

I believed that lie.

Over 3 years ago now, I had a vision of a product that could help farmers.  I was a manager of a plant nursery at the time and I was doing something that was painfully annoying, and could be easily fixed with a simple app.

Through the nursery, I knew hiring a developer was expensive, and getting something built takes a long time. That is why I searched for the product first, then decided to build it myself when I couldn't find it.

At that time, Microsoft was pushing a program called "PowerApps". They said that you could make business apps entirely without code.

I spent the next 4 months in my free time messing around with the program until I gave up on it. It was way over my head.

Then, over the next 12 months, I started researching development companies that could build the app for me. I found some great companies, but the price was way more than I could afford. I also reached out to several mentors of mine about investing in my idea. I have always struggled to ask people for money, so that didn't go too far.

Over that time, I had started my web design company, and found Webflow. It was pretty complex to me at that time, but over several months I got the hang of it and started designing my websites entirely on the platform.

I also had found a program called "Bubble" which said that you could use it to build web apps completely without coding. I tried to build my app for farmers on Bubble, but I didn't get very far.

I did not like Bubble because of the unstructured way to build pages, and found that if I wanted to connect to an external api, I would still have to write a plugin (with code) in order to do it.

Before I knew it, I had spent well over a year messing around with products that promised I could build software without learning how to code, and got nothing finished on my idea, other than being able to design great websites on Webflow.

For the nursery I still was doing work for, I was tasked with finding a developer to help with a project. The developer was supposed to help us finish some features on a custom app they had built and be able to provide ongoing support. I found a great candidate in my opinion, and hired him. At the end of 2 months, we had paid him over $4,000 at $65/hour and the app had to be taken over by the original developer to fix what the guy had done.

I was burnt big time..

Finally, I realized I needed to learn how to code. I needed to understand what was going on so that I could make a wise choice in at least who I would hire to do my own project.

Thanks to amazing programs, I was able to learn so much online for free. At FreeCodeCamp, I learned how to code in html, css and some javascript. On Hackerank, I started learning to build algorithms with code, and on W3schools I went through many languages to get a better understanding of how the web is built.

Then last summer, I decided it would be awesome to finally get my degree. I thought, now I know what I want to study!

I applied to Western Governors University, but they couldn't admit me since we were not US based at the time. It was really the only option I considered because of financial reasons.

After that, I thought maybe I would do a coding bootcamp while I waited to join WGU once we moved back to the states. I was accepted into the "Microverse" Bootcamp, and I learned so much just during the application phase. If you want to do a Bootcamp, you should look into that one.

Ultimately, I was accepted into Microverse, but the schedule did not work for me. I had my own business and I needed to provide for my family, plus I needed to commit all of my working hours to the Bootcamp, so I wasn't able to join.

Probably a month after I decided not to join Microverse, I stumbled upon an old website that needed some love. I contacted the website owner, and asked if I could purchase the site from him. He said yes, and my dad and I paid for the website.

That is where I really started learning web development. Webflow wasn't able to support more than 10,000 records, and the site had over 30,000, so I had to search for another option for the production site.

Finally, I decided to build the website on Laravel, a web framework for PHP.

Over the course of the next 6 months, I learned so much about backend web development, security, authentication, and much more as I built my first web application from the ground up.

The reality is that I was learning more than I would have in school.

Thankfully, I had stopped believing the lie.

Another lie that is pushed within the no-code movement is that there are only certain people who can learn how to code.

That just isn't true. I think if you met me, you would think I am the least typical person that knows how to code. I don't fit in the box that people construct around software developers, but it doesn't matter, because I had a vision, and that vision pushed me to learn what I needed to learn in order to make it a reality.

If I can learn how to code, you can too.

At least you should get a good understanding of how applications are built before trying to hack something together with Zapier, Bubble or Webflow. You may decide that you can use one of those tools, but in the end, you will be in a better place to make wise architecture decisions, and build a software product that people actually love. You may also find out, like I did, that you have hidden talents you didn't know you had before.

The app I wanted to build for farmers is now in development! I am finally building what got me started down this road, and I no longer believe the lies. If I can do it, you can too. Take the hard step of just trying. Then, keep going till you make it.

Why I will Continue Using Webflow for the NurseryPeople Frontend.

A few weeks ago, I wrote a blog about why I was going to move to Bootstrap instead of Webflow for the css framework on the NurseryPeople website. A week later, I changed my mind, and decided to stick with using Webflow, and I wanted to share why. 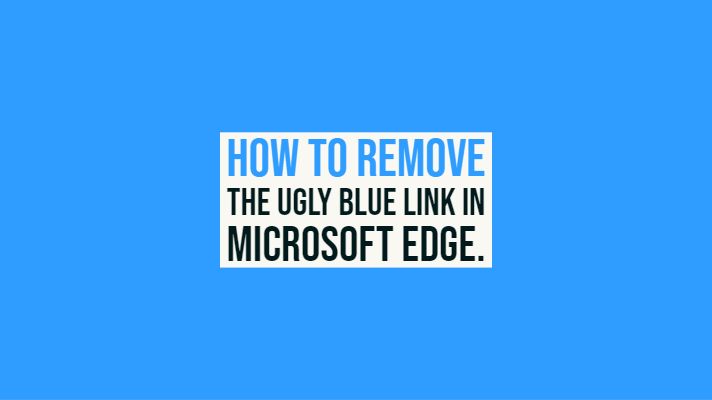 To quickly remove the link from your website, simply add this code to the header of all of your web pages: <meta name="format-detection" content="telephone=no">